If you ask me, picky eating is one of the most frustrating parts of parenthood during the toddler years. Your precious little kid who has always been the best eater in the world suddenly seems to be taken over by a complete stranger of a kid who won’t even eat mac and cheese.

Like, what?! What is happening?! Who is this kid and what did they do with my good eater? I know firsthand how confusing/frustrating/irritating this is, but I promise it’s a normal part of childhood development and the good news is that it’s typically not permanent!

Toddlers and elementary-aged kids start to develop food preferences of their own. You may notice that one day they will eat a peanut butter and jelly sandwich and the next day they suddenly can’t stand them. It’s very frustrating as a parent and it makes you not want to offer new foods and just serve the nuggets that you know they’ll eat. But don’t do it! 🙂 Those kids are smart and they’ll mind trick you if you aren’t careful.

Did you know that it can take 15 times for a kid to try a new food to decide if they like it? Sometimes it takes even longer than this. Let me tell you a little story about my oldest and her hatred of mashed potatoes. Now, it blew my mind that she didn’t like mashed potatoes because first of all it’s one of my favorite foods and second of all, what kid doesn’t like mashed potatoes?!

Every single time I made mashed potatoes, I put a little dollop on her plate and told her she had to try one bite to see if she liked it. We did this for nine years. NINE YEARS! And guess what? One February evening as we’re all sitting around our kitchen table, she takes a bite of mashed potatoes……. And says “‘yum!! These are so good!” I almost fell out of my chair. Seriously. And you know what? She now loves mashed potatoes! My other two don’t. But we have time to work on that.

RELY ON OUTSIDE SOURCES FOR HELP

For younger kids, it can be normal for them to eat one large meal per day and eat light for the rest of their meals. I remember when my oldest daughter (it’s always the firstborn, isn’t it?) was about 3, her weight percentile began to decrease and as a dietitian, I was concerned (and honestly a little embarrassed!).

She ate like a little bird at home. Being a crazy dietitian mom, I asked her preschool teacher to keep a food journal of all the things she was eating while at preschool. When I collected the sheet, I was SHOCKED. She was eating a large amount of food and foods she would NEVER eat at home!

She was eating chili at preschool but at home said she didn’t like it. She was eating sugar snap peas which I had no idea she liked. Having that communication with her preschool teacher suddenly calmed all of my concerns. If you have concerns about your child’s eating, talk to other caregivers that may be seeing a different picture!

Eating as a family or with other kids will encourage kids to try new foods that they may not try by themselves. When kids see their friends eating a new food, they are much more likely to try it themselves. Sitting down together with your family at the table as often as you can may help minimize picky eating.

Turn off the tv and put your phones away. Use this time to model what healthy eating and family meals look like. You can also talk about the benefits that your food provides for your bodies and health to make them more interested!

Don’t be a short order cook. When you do this, it shows your kids that if they refuse their meals long enough, you’ll make them what they actually want (hello mac n cheese).

Instead of making something completely different, try modifying your foods to make them more kid friendly. A perfect example of something we do at home is if we’re making a buffalo chicken recipe, my two youngest don’t like the spice so I will make the chicken, keep some plain for the younger two and put the sauce on for us other three. Everyone likes what they’re eating and I’m not making multiple meals!

TEACH KIDS TO LISTEN TO THEIR BODIES

Avoid food fights. If a kid refuses to eat a meal. Do your best not to fuss over it. I know this is much harder said than done and I know I haven’t followed this 100% in the past. You get to the point where you’re so frustrated you yell, “just eat the dang hamburger!!”. I get it. I really do.

I remember when my oldest (seriously though, with your first kid you are totally flying by the seat of your pants, aren’t ya?) was fighting me on eating one night and I did what I tell every parent not to do. I said “you aren’t getting up from this table until you eat”. Guess what? We sat at that table for 3 hours. And the night ended with a hungry kid and a crying mom. It didn’t solve the problem. Instead I felt like a horrible mother. But you know what? We never did that again. Lesson learned.

Avoid punishing kids for not eating. The bigger deal you make of your child not eating, the more they will resist. It’s so hard for us parents not to completely lose our composure, but it’s important that we try to keep a poker face.

Punishing your kid for not eating starts horrible habits which teaches them not to listen to their body but rather the emptiness of their plate to tell them they are full.

Kids love choices. It’s great to say “would you like green beans or peas? Would you like strawberries or peaches? ” It’s okay to give them those options and by giving them choices, they’re far more likely to eat one of the things you’re offering. Just make sure you’re okay with both options in case they choose the one you didn’t want them to!

Kids love it when you bring things down to their level. With smaller kids, think about serving things that are more kid-sized and cute or use a plate that is fun and colorful. This can entice the kids to eat the meals you’re cooking. Offer dips with vegetables if this helps them eat it.

GET THEM INVOLVED WITH MEALTIME

Another idea for older kids is to involve them in meal planning. Let each kid pick one meal each week so they each get a meal they’re excited about. Involving your kids in the kitchen gives them exposure to more foods and they take ownership over the foods they’ve made which will make them more likely to try it.

So remember, picky eating is NORMAL. 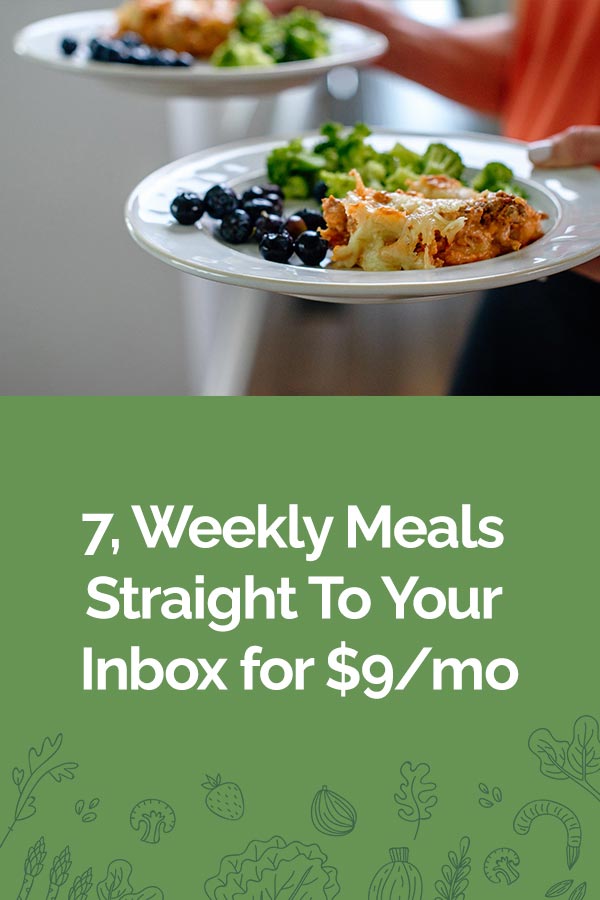